Fortunately, the Milk... by Neil Gaiman

Surprisingly I wanted to do a review on this book...
This is a funny short book for children age under 10. I bought it for my nephew as a Christmas present and you know how it is with children books nowadays; you need to check the content by yourself; as I have already seen so many books with a lot of violence and sometimes really crappy plot that it can be not only disturbing for a child but dangerous. So I sat down to check the book and it was just magic. I was having a silly smile on my face the entire time I was reading it. I just loved the way it was written with all the plot twists and interconnection. It was brilliantly constructed, logical and funny. The illustrations by Riddell are so vivid and witty.
The mother of one family leaves for a couple of days and now dad's duty is to take care of the kids. But the most terrible thing happens the next morning: it's time for breakfast but there is no milk for the cereals!!! Dad went out to buy some and it took him a little bit longer then needed. When his kids ask him why he was late, he tells them the most incredible story full of pirates, vampires, dinosaurs, UFO and, of course, piranhas.

"If the same object from two different times touches itself, one of two things will happen: either the Universe will cease to exist, or three remarkable dwarfs will dance through the streets with flowerpots on their heads."

What a silly funny little sci-fi adventure for children this book is. Waiting for a review from my nephew))

Posted by Julie Tyuk at 3:32 PM No comments:

Sport watched:
none
Posted by Julie Tyuk at 12:39 PM No comments:


I've been meaning to read this for some time. I'm glad I finally did, but I wouldn't say I would recommend it to any of my friends. I found the stories generally interesting enough to keep reading, but I didn't fall in love with any characters, any settings, and any stories.
This was a sweet Christmas read and set me in a proper winter mood. I also liked the cooperation of three authors and the fact that these stories are linked with each other and you recognize the characters as you read on.
The book started off interesting and got progressively boring. The best stories are from Maureen Johnson and John Green. The last one seems like non-stop whining. I liked the development of the Jubilee story, lively staff and great weather description, but I did not like her judgments and how easy she is to persuade, but altogether the story was fun with many plot turns.
John Green's story kind of baffled me. I wanted to like this story more, but the main characters seem so irrational and sometimes stupid. Their idiotic actions and the twister game were the only thing that made the plot moving.
I did not like Lauren Myracle's story mostly thanks to her main character, that was a self-absorbed spoiled girl and the attempts of the author to show that the girls is so ready to change.The last chapter was a killer. I was like watching a second-rate love story from 80s. Terrible soupy ending of the nice book.
And finally this was surely a quick read; it would be good for anyone who's looking for light reading on Christmas without any deep thoughts to get you in the right winter and holiday mood.

T5W December 14, Series That Got Worse with Each Book/Season 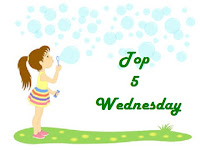 This weekly book meme officiated in November 2013. Every week there is a new topic and your list of 5 nominates will be based off this topic. For further information check out the Goodreads Page.

The theme this week is: Series That Got Worse with Each Book/Season

I guess this is inevitable to every long TV or book series. Since i do not read much of book series as i do like the first book, I do not contunue with the series my list is TV series mainly.

An upright Royal Canadian Mounted Police constable Fraser and the American police detective Ray Vecchio are working together to make the streets of Chicago safer. Those are two different characters in looks and behavior. Mountie Fraser opens doors and helps old ladies cross streets. He always goes the extra mile for everyone he knows. He might be claimed cartoonish, but this shows the unlimited possibilities for goodness. How it changes people and help them. Ray is on the other hand is cynical and self-centered person who know best that helping others is not always a grateful thing. So different and still so effective together this team accompanied by a deaf wolf is solving little and big crimes in Chicago.
I must confess this is my favorite TV series and I believe it to be the greatest, since it has so much good relieved in people relationships, but eventually it was going a little down to 4th season. Though I still consider that the show should never be canceled, it is difficult to imagine how they would exploit Fraser's character further on.

Another my favorite TV series from 90s.
A boy genius Quinn Mallory, while working on an anti-gravity machine, accidentally creates a portal to a parallel universe. Eventually, his friend, a teacher and an unwilling participant accidentally get stuck traveling (sliding) among parallel earths in alternate dimensions, trying to survive and to find their way back home.
Surely it was not much realistic show, but it was so fascinating to see alternatives to the existing present. Sliding into a new and unknown world was exciting and the fantasy was really wild at the beginning. The cast was wonderful and I enjoyed a terrific chemistry between them. Sadly, as the show went on the scripts were losing in quality and actors started to leave the show. By the end of the show, only one actor was left from the original cast. They do replace the actors, but could not recapture the magic of their relationships. It was a disappointing end to what began as a fascinating show.


Good wife (2009–2016)
Alicia Florrick is the wife of a former state's attorney for Cook County. He has been imprisoned after a sex and corruption scandal. Alicia must deal with the public humiliation and financial crisis. She must provide for her two children. After years of being a housewife and mother, she returns to work as a litigator at the law firm Stern, Lockhart & Gardner. She must now prove herself in the courtroom. This is really a good show and I enjoyed it so much. The talented cast and not predictable plot together with great script made a show worth watching. It is all good, but really... How much longer a person can have an upper hand in everything they try? Sounds like a superman reality, so at the end of the show I was really tired of the main heroine and her supremacy in everything.

Nothing prepares a Portland detective Nick Burkhardt for the strange visions he begins seeing: seemingly regular people momentarily transforming into hideous monsters. A visit from his only living relative reveals the truth. Nick has inherited the ability to see supernatural creatures, and as a "Grimm," he is tasked with keeping the balance between mankind and the mythological. A reformed "Big Bad Wolf" becomes his ally and confidant.
This is also the great way to revive the fairy tales and make correlations with the real world. Magical creatures are among us, but they are not always as nice as the fairy tale tells us. I really enjoyed the fantasy of the movie and unpredictability of this or that character, but eventually without much development of the Nick story, the series starts to get boring and not exciting.

Once Upon a Time  (2011 - )
I really loved this show and I think I enjoy it more than original story. But I must confess that I truly enjoyed only 1st season. Stories are getting old and characters are not so fresh and enchanting any more. I don’t enjoy them anymore. Say Rumpelstiltskin has been going from bad to good, from morally unstable to definitely bad since the first episode and it is not catching anymore. I believe I was done with the show amid 3rd season, and not think I will be back to it.
Posted by Julie Tyuk at 12:37 PM No comments: