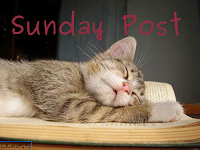 
Outside the Blog
Traveling is not over and this week I am heading to Sicily. It is a friend visit and it is going to be quite calm and easy-going, but I hope I will have enough walks in Palermo so I can catch the feel of this island. Italy holds a special place in my heart, but I have never been so far south. Quite excited if people and way of live is so much differ from the north Italy.
Manchester book searching was a bit disappointing, I have been to some old and new bookstores, but nothing caught my eye. But otherwise Manchester was great. I visited the Museum of Science and Industry and been part of an interesting excursion: "Rising of Textile Industry", the guy showed how the machines worked and was telling a lot detail about textile production. I have never thought that can be interesting)))
Another great excursion was at Old Trafford. I liked it enough, but I have something to compare with and I think it lacked a history of the stadium and the team itself. It was supposed that you know it. I am not fan of Manchester United and followed their journey for about ten years, but they have 100 years history and I heard nothing of it. So that was a minus, but altogether it was nice.
Reading is a problems as I have spent too much time on traveling, and since I am not alone, I cannot just open the book, so the only time left is at nights)) 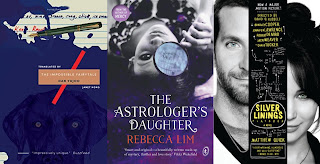 Newcomers on my Shelf
My Manchester haul:
The Impossible Fairytale by Han Yujoo
The Astrologer's Daughter by Rebecca Lim
The Silver Linings Playbook by Matthew Quick