Top Ten Tuesday was created by The Broke and the Bookish in June of 2010 and was moved to That Artsy Reader Girl in January of 2018. It was born of a love of lists, a love of books, and a desire to bring bookish friends together.


This week’s TTT topic is Books I LOVED with Fewer than 2,000 Ratings on Goodreads

It was a hard work to find those books)) I was taking into consideration only books translated into English. I am quite curious to see other lists, I guess mostly will be translated works.

1. The Last Quarter of the Moon by Chi Zijian- 181 ratings

At the end of the twentieth-century an old woman sits among the birch trees and thinks back over her life, her loves, and the joys and tragedies that have befallen her family and her people. She is a member of the Evenki tribe who wander the remote forests of north-eastern China with their herds of reindeer, living in close sympathy with nature at its most beautiful and cruel. I loved this book, even though I was reading it for several months.


Set in the era of Alexander the Great, the book tells a story of an Athenian hetaera Thais, whose fascinating image captured our hearts and minds. Her adventures, masterfully described by the author, hold your attention from the very first page and make you fall in love with the heroine.

3. The Waif of the "Cynthia" by André Laurie and Jules Verne - 107 ratings

A novel about a young man's search for his identity leads him through Arctic exploration. Eric is a waif and adopted by a Norwegian family. He does not know anything about his family, country or heritage. One of my most favorite books from childhood. And though everything comes together too conveniently it is a great adventurous story about exploring Arctic.

5. The Hidden Light of Objects by Mai Al-Nakib - 194 ratings

The language was very flowery and the headlines tell of war, unrest and religious clashes. But if you look beyond them you may see life in the Middle East – adolescent love, yearnings for independence, the fragility of marriage and life. Although her stories are accessible and easy to read, there is an undeniable depth.
This is a short story collection and it was difficult to say if I loved it immensely or not.


Lou-lan is a collection of stories by Inoue Yasushi. I realized that different editions of the book have different stories. Mine has eight. All of them are situated in ancient China.
The Yasushi’s narration is really enchanting, though not easy. There are a lot of names and dates and footnotes. But I liked the way dry history comes to life with a colorful mythical touch, and random characters introductions whom we can empathize with. 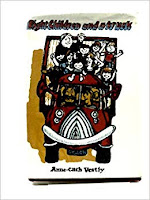 It was a lovely children's book, worthy of Lindgren. It was so fun, warm and moving. The whole book is full of kindness and sincerity. The huge family with limited financial resources find joy and pleasure and magic in the small, everyday things like a pirate party, painting the floor, going into the forest or riding in a tram. Even unpleasant and disagreeable people are not so bad when it comes to life tests.

When I read two novellas Asya and First Love I was impressed by the ability of the author to create such dramatic, extraordinary stories and turn them into a masterpiece from a seemingly simple and straightforward situation. Turgenev's writing style is poetic and melancholic, I devoured every word and every sentence admiring his exceptional skill of using words. The magnificent and vivid descriptions of the people and places in the stories made them tangible and so familiar.